!Co LAPse KoDe is a research around the F/LOSS motion tracking software objscrs, led by Mangrove-Tentactile and Constant, with the support of De Pianofabriek Kunstenwerkplaats and Vlaamse Gemeenschapscommissie.
The research started after our experience with the creation process of Kaleidoscope.

Did it ever occur to you to wave at a surveillance camera? Or rather, at the person who is watching you at that moment in the control room? And how would it feel if that person would wave back and you would somehow be able to see or hear that?

By using surveillance cameras and a free motion tracking software the artists of !CoLAPseKoDe explore spaces in which innocent mouvements can have consequences. Visitors are invited to move between these spaces and by doing so, play with light, image and sound. For interested people there is also a workshop module on Thu and Fri (see below).

Round-up presents the results of !CoLAPseKoDe, a research process by Mangrove-Tentactile and Constant vzw/asbl, with the support of De Pianofabriek Kunstenwerkplaats and the Vlaamse Gemeenschapscommissie.
The performance is part of the Open House Festival. 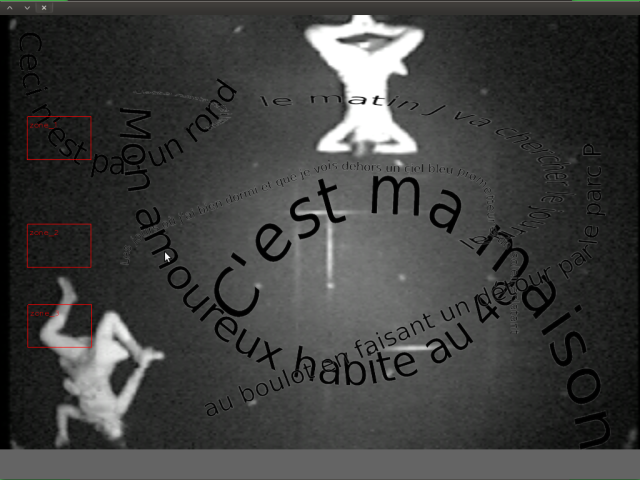